Devcon has a physical capacity and not everyone can attend due to capacity, cost, distance, timing.

Devcon is limited to certain cities, as it requires a country which will allow visitors from multiple countries, not be too far away from USA and Europe, have a venue of a certain size, along with available internet and video streaming, and the EF needs to at least not lose money on the event.

This means there are places in the world which may never host Devcon. (e.g. Buenos Aires, Melbourne/Sydney and probably anywhere in the Southern Hemisphere :sad:).

A way to rectify this, and welcome one million devs is to have Devcon Satellite events.

The best part of Devcon is the people, so a Devcon Satellite event could be as small as watching a recording of the keynote, perhaps the cheezy intro song/dance and then some chat (with drinks).

A medium Devcon satellite could have a one day package of the best of Devcon: Keynote, EF update, Eth2, Layer 2 scaling and opening and closing ceremonies over a single day.

A larger Devcon event could have livestreams of the mainstage (assuming the mainstage has Ethereum focused presentations) or even multiple stages to cover the interesting presentations. This would most likely work best in a city with a similar timezone. So for 2021 this could be places like Buenos Aires, Toronto and Denver.

This does require either live streaming (which is announced months before on what exactly will be available rather than last year where it was available minutes into a talk) or quick availability of recorded video and some packaging of the recorded videos.

The small and medium Devcon Satellite events could even be held after Devcon, such as the week after, with potential that some of the people who attended Devcon could also be there.

I think this is a great idea! Reminds me about congress everywhere / dragons everywhere
But to move this forward we need a DIP as a PR in the github repo - otherwise it will most likely not be adopted (the DIP/PR is the start of an internal process so the team will review it). And it needs to be extended with actionable steps (what does the devcon team need to do to make it happen). Maybe for the first year/proposal we should start small with one organized satellite and maybe interfaces for independently organized satellites.

Could we identify the most active communities - like Toronto/Denver/Buenos Aires and find “champions” in those regions to help with (hopefully own) logistics?

I read the process was to post in the forum first, get buy in and then create a DIP.

I was interested in doing a community event last year but there wasn’t information about what live streams if any there would be. Each day I was scrambling to find and share links for those doing Devcon remotely. Generally links were available after talks had started and only for two stages, with the main stage not always being Ethereum based. 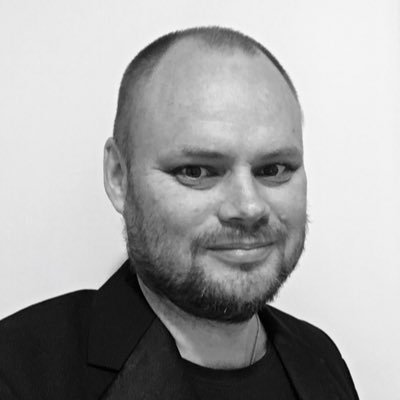 @androolloyd @EFDevcon @hudsonjameson more information, earlier; is my feedback having done #Devcon5 #Remote. Live streams did not appear to be advertised ahead of time and mostly were discovered on the day. Would have loved more streams of other rooms to share more of the con with more people. 🙏
2 Likes
ligi August 17, 2020, 10:07am #5

I think a DIP that defines an API that exposes the stream URLs (maybe as part of the schedule) could be a great idea. Maybe there is already support for this in the data structures of the pretalx export.

Also just thinking - what other data could be exposed by a DevCon API?

Also just thinking - what other data could be exposed by a DevCon API?

Good question – what else would remote events need from the Devcon team in order to successfully host a remote event?