Is it time to go back to Europe?

Hat-tip to @franzihei who seeded this idea in my head and I cannot think of a better place. Also, I’m biased as the Balkans are my favorite region in Europe.

Why is Belgrade the best place to host Devcon VII? Convince us

Belgrade is the white city and the heart of the Balkans, a bridge between Eastern, Western, and Southern Europe, as well as a melting pot of cultures. Belgrade was the seat of the Kingdom of Serbs, Croats, and Slovenes as well as the capital of communist Yugoslavia. The city was shaped both by Habsburg and Ottoman influences, with a unique set of Tito’s communist elements. 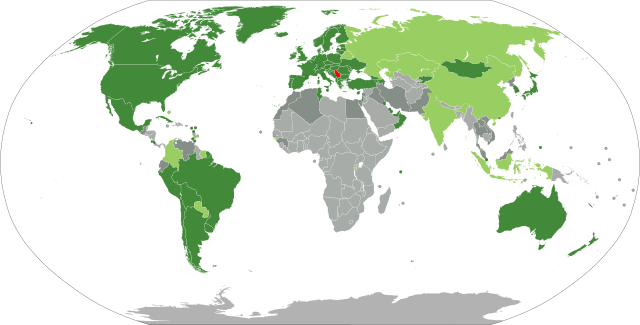 Travelers from Antarctica need to swim.

2. How easy is the international access?
Direct flights to BEG with Air Serbia exist from 50 locations worldwide. In addition, major airlines such as Aeroflot, Qatar, Turkish, Lufthansa, Austrian, KLM, or Swiss fly the Belgrade.

3. What about the safety and political stability of the region?
Belgrade is extremely safe for travel and has lower rates of violent crime than most Western cities.
Geopolitical tensions exist with the neighbors of Kosovo (disputed region), Montenegro, and Bosnia/Herzegovina, however, this is barely relevant for traveling to Belgrade.
The Russo-Ukrainian war polarizes Europe, this is also notable in Serbia.

4. How expensive are venue rentals, accommodation, food, and transport?
Comparably cheap to European standards, a bit higher than other regions of the Balkans.

5. What is the climate during Q3/Q4?
The climate is moderate and continental:

1. How easy is the transportation in the city (between venues, airports, etc.)?
There are 12 tram lines, hundreds of bus lines, 8 trolleybus lines, and 9 public minibus lines. Taxis are cheap by European standards.

2. Are there modern venues (WiFi/Maneuverability/Catering)?
Yes.

1. What does the Ethereum community look like in this region?
The community is small but growing. The most prominent Ethereum conference in the Balkans is Block Split with approx. 500 attendees.

2. What is the potential of Ethereum to have an impact in that region?
Huge, possibly over 9000.

1. What are possible risks?
Attendees might get a cold from the Кошава, a cold, squally wind.

2. What could be the downsides?
That we don’t want to leave ever again.

Love to see this!

I’m very much biased, being a local here, but I’ve also been around a bit and, imho:

The local community is also at least slightly more prominent than @q9f outlines it - if we look at Serbia alone there are prominent teams such as Tenderly, DeFi Saver (it my crew👋), MVP Workshop, Tempus and a lot of Polygon people afaik. And I’m pretty sure there’s a lot more happening in neigbhouring countries.

Either way, I really think everyone would enjoy the location, but please ask away about any info you’d like to hear from a local.

Thanks so much for getting the ball rolling in this direction @q9f.

We actually started planing ETH Belgrade for next year and reached out to ETH Global regarding that. Our next step was to ask EF about hosting official devconnect, so I’m extremely happy to see this initiative.

In my opinion September would be the best option as it’s still warm and summer weather, everything is still green and all the summer places (clubs and river boats) are open. Ideal venue for event like this would probably be Belgrade’s fair as it’s perfectly located, big enough and on the bank of a river Sava. You can get by foot to Belgrade waterfront and on the other side to Ada Ciganlija.

If ETH Amsterdam was visited by around 15k people this year, we can probably go beyond that number for Devcon Belgrade.

We already assembled organization team for ETH Belgrade and would like to be included and help in organization of Devcon instead, if this proposition pass of course.

We’d be more than glad to host it!

Next to an incredible soul of the city itself, lots of historical places, and one of the best night-life cities in EU, there’s a highly active Community on the spot, ready to fully support the organization from A to Z and without any doubt, as we’re known for hospitality, create the ABSOLUTE BEST Devcon yet

Disproportionally large web3 community right here at Belgrade compared to size of people based here.
Very prominent protocols were/are being developed here and I’m sure you’ll enjoy the local community and conversations very much, if you hadn’t met them already of course.

As the post said, operationally, Serbia is a great place for hosting international events due to neutral politics and having good relations with everybody.
Parties are the best in the Balkans, especially in Belgrade!

Hopefully, c ya in Belgrade!

I’m sorry, this is my first post on this forum and I was under the impression that you can edit (or remove) posts so that such a proposal can live over time and improve by incorporating input from many stakeholders.

However, it appears that posts are locked in place and I am neither able to modify nor amend the original post. This is a very unfortunate forum design but maybe we can just use responses to amend the proposal.

I didn’t mean to set this in stone or front-run a local community with this post.

Spent a few weeks here last year with the Injective team. It felt very safe, stable internet, very friendly locals, super affordable and easy to reach for everyone coming from all around the world. Perfect idea for Devcon as for all I can see.

No worries! You’re completely right. The intention is for the community to discuss the proposals and gather ideas to improve them.

While we cannot edit the initial proposal, let’s discuss possible changes in the Forum.

Just jumping in here to confirm that I would love Devcon to happen in Belgrade next!

Another Belgrade local jumping in to express excitement about this proposal! This could be the best Devcon yet and I’d be happy to volunteer.

However, I do want to add a couple of concerns/downsides just to be completely honest with the community.

It’s something to keep in mind.

Thanks, @akirodic, for sharing those concerns.

If there are ETH communities to follow, I would be super happy if anyone knows the socials and could share them here